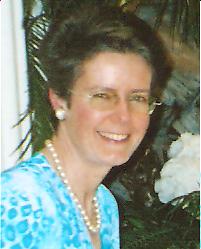 Helena Harper is the daughter of a German mother and English father who met in Hamburg at the end of World War II. This background has had a profound influence on her and her understanding of so-called national divisions, something that is explored in her memoir in verse "Family & More - Enemies or Friends?"

From an early age she loved to read and write and later enjoyed studying foreign languages. At university she studied German, Russian and International Relations and afterwards went into banking, although she soon realised that was a big mistake - no outlet for creativity there! She left banking to spend a year teaching languages at a private school in London and enjoyed it so much that she then went on to do a PGCE.

Her career as a modern languages teacher has spanned more than 25 years, both as a school teacher and latterly as a private tutor. She has continued to write during that time - predominantly fantasy stories for young children - although some years ago she discovered the joys of writing poetry for adults and was inspired to write two collections of stories in verse (recounting tales from her professional and personal life) before her first children's book "Pep, Polish and Paint" was published. Her next children's book is in the pipeline and she hopes to release it in the next year or two.